Many years ago there was a trade show called COMDEX. It stood for “computer dealer’s exhibit”. It quickly became one of the most well attended shows worldwide due to all of the technology that was coming out during the tech boom in the 80’s and 90’s. The appeal was to see what the latest in technology was and how it applied to everyday life. Most people could not afford the technologies that they found at the trade show exhibit, but they would go to the show anyway just to be blown away by what they found. Over the years COMDEX lost ground and ultimately went into bankruptcy.

Most technology is not found in computers any longer, but in consumer electronics. The “consumer electronics show” has now become what the old COMDEX use to be. It is very well attended by some of the largest companies in the world, especially technology companies such as Microsoft and Apple. I was able to attend last year and was able to see many of the products that came out. The larger companies seemed to have space where the event booth design event display would be very overwhelming. One such company was Bose. They had a booth that included an extremely sophisticated theater. People were lined up down the hallway to experience the acoustics inside the theater.

I remember thinking as I waited outside that it must not be very loud on the inside because I couldn’t hear it very well while I waited on the other side of the wall. Eventually, it was my turn to sit inside the theater and watch a movie about some of their products. I have to admit the sound was incredible and it was extremely loud. Or at least it seemed to be. As I walked back out amongst the show floor I couldn’t believe that nobody was hearing what was going on inside the theater. I didn’t understand the technology behind it, but it was an amazing experience. Other companies such as LG had some pretty amazing things as well.

One was a robot vacuum cleaner. The robot was so smart that it would memorize the room size and shape only after the first cleaning. It would sort of feel its way around the room the first time while keeping track of where it could go and where it should not go. Once it had the room memorized it would take a completely different route from then on so that it would maximize the time that it took to vacuum the entire room. It memorized the map of the room and afterwards optimized it.

This type of exhibit takes up a larger area than most which makes the event display design so important. Companies get charged by every square foot they need so they need to make sure the space is optimized and useful. Especially when there needs to be plenty of room for the foot traffic they need as well. If nobody can get into a particular trade show booth because of lack of room, the company will miss out on valuable customers. 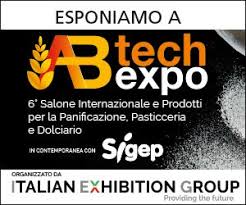